Learn from the mistakes of others. You can’t live long enough to make them all yourself. 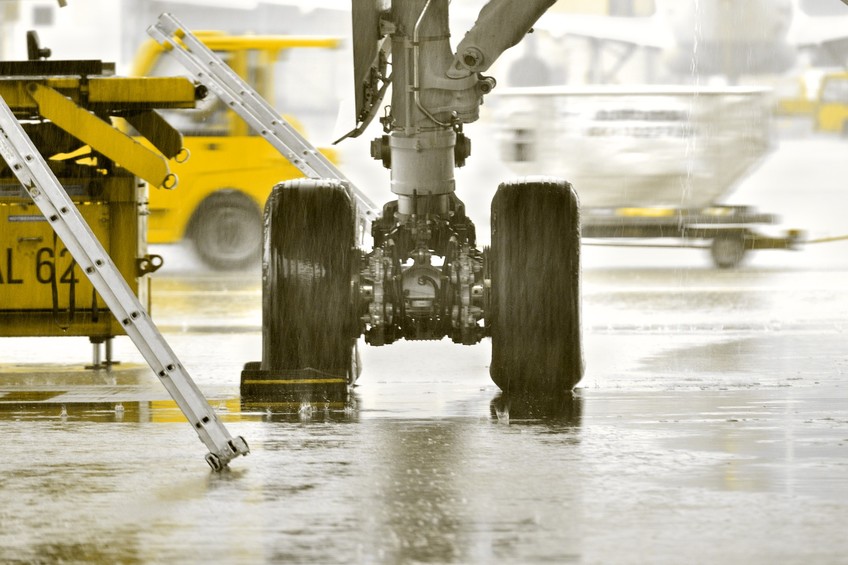 When operational pressure and complacency influenced a routine tire change, this CRJ Maintenance Technician cut corners that could have cut short a career.

■ "While I worked on a CRJ200 aircraft, two events stemmed from a #1 Main Landing Gear (MLG) tire change that I performed. I received a call from Maintenance Control to inspect damage of a #1 MLG tire. After receiving the limits via fax, I inspected the tire and found it to be beyond limits. Maintenance Control advised a new wheel assembly was going to be sent from another station along with the paperwork. When the wheel arrived, I skimmed through the paperwork and proceeded with the tire change. This is when multiple factors played into the mistakes I made.

First: I did not deflate the old tire fully and it was later shipped out by a co-worker.

Second: I failed to install a spacer on the new wheel which was not removed from the unserviceable assembly.

I clearly rushed through the Maintenance Manual due to complacency and to get the plane out on time after Maintenance Control stated that the pilots had an hour before they timed out. At the time I thought a tire is a tire, they’re all the same. I looked for the key points like torques and safety wiring which ultimately led to my mistakes. It was dark, which added to my missing the spacer and I did not have the proper tool on hand to deflate the tire, which led me to only partially deflating it. I know what I did was wrong and I definitely learned from it.

I will never again jeopardize my licenses and career like this."

While mistakes are a part of the learning process, after a certain level of proficiency is acquired, the constructive value of mistakes diminishes. In fact, much time and effort has been devoted to the study of human factors, training, system design, procedures, etc. in order to minimize the occurrence of errors among more experienced individuals. This issue of CALLBACK looks at some errors encountered by people in various aviation professions who were at a level of proficiency where they “never again” wanted to repeat a particular error. But, to err is human. To continue learning from our own mistakes is a good thing and learning from the mistakes of others is even better. As Eleanor Roosevelt is reported to have said, “Learn from the mistakes of others. You can’t live long enough to make them all yourself.”